June, 89, followed daughter, Joyce, into world of pageants and contests

Usually, the child follows in the parent’s footsteps, but it’s the other way around for June and Joyce Lacey, of Fergus Falls.

Joyce and her mother, June Lacey, with some of the trophies earned by June in recent years. June, 89, was recently named Ms. Congeniality at the Ms. Super Senior contest in Las Vegas. Photo by Carol Stender

June, who had supported her daughter in several pageants in the 1970s and 1980s, is now taking part in the contests and coming home with crowns.

It’s not the first pageant win for June. She was crowned Ms. Senior Grant County in the mid 1990s and was Ms. Minnesota Senior America in 2016 and Ms. Senior Minnesota USA in 2017.

June’s contest wins have come later in a life filled with family and volunteering.

June grew up in Ashby and was the 1947 class salutatorian. She had two college scholarship offers — one from Concordia in Moorhead and another from Luther College in Iowa. She chose Concordia and went on to work for the government as a selective service clerk.

She worked in both Breckenridge and Elbow Lake, where she met her husband, Max Lacey, a Wendell farmer. After the two married, June continued to work until the birth of the couple’s only child, Joyce.

During the birth, June lost a lot of blood and almost died. Joyce said she was raised by her grandmother, Mollie Lynne, for the first year as June recuperated. Once she recovered, June stayed at Mollie Lynne’s house and raised Joyce while Max lived on the farm.

“Both my grandparents died when I was under six years of age,” said Joyce. “My mother did an incredible job on her own.”

It wasn’t the only time June survived and thrived during challenging times.

“She’s a little fighter,” Joyce said of her mom. “When she was born, she was so small she could fit in a shoe box. She survived that, too.”

When Joyce had an opportunity to take part in pageants, June was there encouraging and supporting her.

Joyce got her start in the late 1970s, when she was named first runner-up and Miss Congeniality at the Dalton Threshermen’s Queen of Steam contest. A year later she was crowned Centennial Queen in Ashby.

Last fall, June ran into Shaquille O’Neal, 7-foot-1-inch NBA legend, at the Voices of Vision Event, held in Fargo, N.D. She and Joyce have been able to meet several celebrities over the years. Photo contributed

After she was named to the Who’s Who Among American High School Students, Joyce participated in the Miss National Teenager Pageant. She won the event and went on to compete in the national contest in Florida. She recalled purchasing a $9.99 dress from Dayton’s Department Store. She also needed a costume representing the area, and Cass Clay Creamery helped her develop a milk woman’s costume.

“I had no idea what I was getting myself into,” said Joyce, who did receive a scholarship for two modeling schools and attended Barbizon.

She competed in the Miss Perham pageant and won, earning her a place in the Miss Minnesota contest. She was also in the state Miss USA pageant, where she was a runner-up. Although she didn’t go to the national level, the experiences were priceless. Joyce also served as St. Paul Winter Carnival Queen of Snows in 1994.

Armed with her Bachelor of Arts degree in theater and communications, Joyce modeled, taught and worked in communications and on films.

Joyce was injured in a car accident in 1995. Even though she relies on a wheelchair to get around, it hasn’t slowed her down much as she travels with June to pageants.

It was Joyce who encouraged June to participate in pageants. June had just auditioned for Last Comic Standing on NBC in the 1990s and had made it to the final cut at the Acme Comedy Club in Minneapolis when they showed a portion of her audition on NBC.

“You have your talent act, and you are excellent at interview,” Joyce told her mom. “We just need to get you some gowns and an interview suit.”

Joyce altered some of her contest gowns to fit her mom, and June started to compete. She attended auditions for her first Ms. Senior America Pageant at the Como Zoo Pavilion.

The Laceys have met many famous people during their travels including Billy Bob Thornton. Contributed photo

“I met such wonderful ladies, and we keep in touch to this day,” she said of her first Ms. Senior America pageant. “Even after the state pageant, we all joined the Cameo Club, an organization for ladies who have competed in the Ms. Senior America Pageant System. We would entertain nearly every week at nursing homes, churches, shelters, veterans hospitals, hospices, children’s hospitals and service organizations. We also would all ride in the Minnesota State Fair Parade together, annually.”

The woman Joyce described as being “quiet and timid” during the younger woman’s years in pageants, has blossomed.

They are often together. Both use wheelchairs, but it doesn’t deter their work in the community. Joyce maneuvers her wheelchair and her mom’s to get about the community. They are active and volunteer with a number of organizations in the community. One day they were making lefse with the Sons of Norway for a Shop Move and Groove event in Fergus Falls. They’re active in the Relay for Life and are involved in their church’s activities. June and Joyce also co-chair the local Midwest Walk and Roll for the Christopher and Dana Reeve Foundation, the local Strides for Stroke Walk and Project Bear Hugs. In addition to volunteering with the Salvation Army, MS Society and Disabled American Veterans, just to name a few.

“I try to live every day to the fullest,” June wrote. “Every day is a gift. I thank the Lord daily for my blessings, and I try to share his love with others. 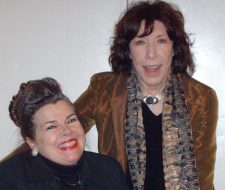 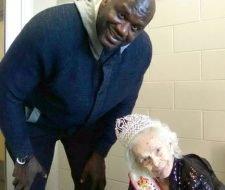 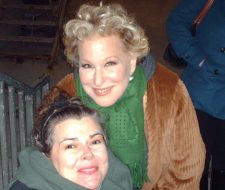 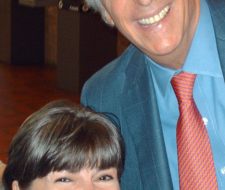 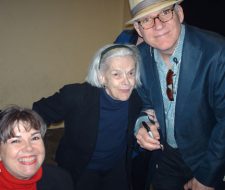 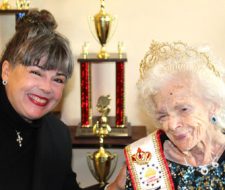 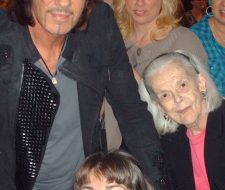 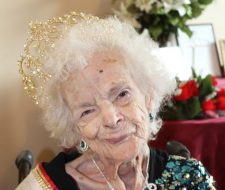 A grand history of bandstands

Making a difference,one child at a time